Sicarios of the Sinaloa Cartel make an illegal checkpoint in Sonora 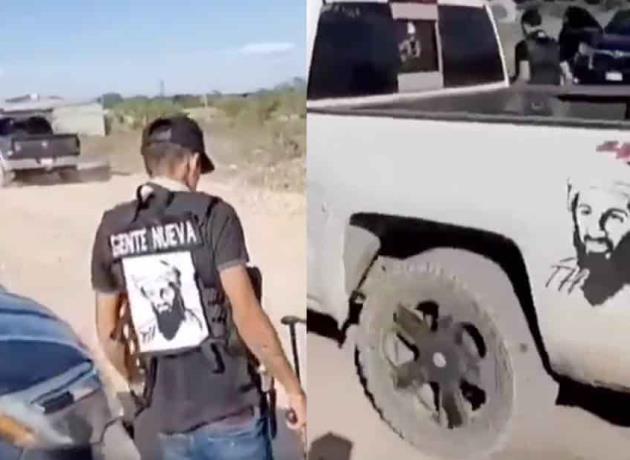 Sonora .- With total impunity, a group of hitmen from the Sinaloa Cartel carried out a checkpoint on the outskirts of the state of Sonora . Through their mobile phones, they spread the images on social media.

Identified as "New People", in their bulletproof vests and in some of their vehicles they carried the image of the terrorist Osama Bin Laden .

As if it were a military checkpoint , members of organized crime were stopping private vehicles for questioning.

However, despite the long weapons, what most attracted the attention of Internet users was the presence of the aforementioned image of the jihadist of Iranian origin.

Later, the van painted with the terrorist's face distributing pantries among low-income people.