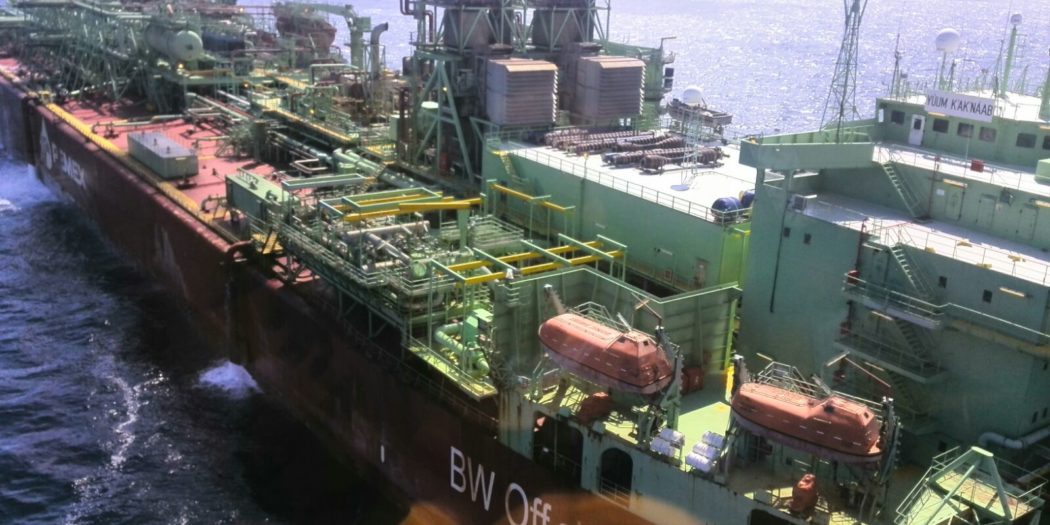 Due to an outbreak of Covid-19, the Floating Unit for Production, Storage and Discharge, baptized with the Mayan name Yúum K'ak 'Náab, which means "The Lord of the Seas", completely stopped the work of loading the ship tank where daily 1.2 million barrels of mixed crude are delivered daily, the company that owns Grupo BW must sanitize the facilities.

According to sources within Petróleos Mexicanos, who confirmed the fact, there are seven company workers who have presented symptoms of Sars-Cov-2 and were transferred by air to the island's heliport to later be admitted to the General Hospital of the Zone number 4 of the Mexican Institute of Social Security.

Six of these workers work for Grupo BW and one for the Sodexo company, so Pemex issued the order for the company that owns the ship to start sanitizing the entire structure, since stopping activities represents economic losses for the Mexican oil company, where 600 thousand barrels of crude oil mixed with oils are produced.

This is the second time in a month that the oil tanker Yúum K'ak 'Náab suspends its work, first due to the collision with the Olimpic Future tanker, on the night of Wednesday, July 1, when a squall occurred in the platform area oil companies of the Campeche Sound, spending more than 15 days out of service until it was repaired.

It is time for Pemex to look for a better option to lease, since the 15-year contract it signed with Grupo BW, at a cost of 758 million dollars, ends in 2020, the ship has 25 years of service and in 2005 it was rebuilt as a floating factory that stores and mixes various types of crude oil to produce refined oil.