Let the Merchant Marines not worry, they will do better 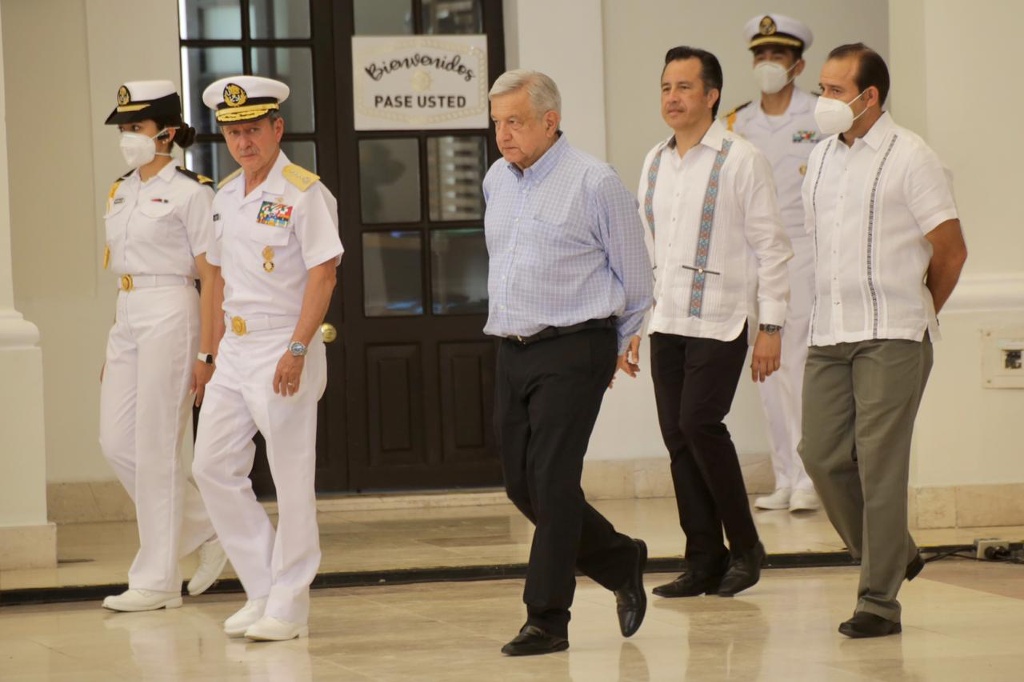 President Andrés Manuel López Obrador assured that the Merchant Marines will not be left without work in the different ports of the country, including Veracruz.

During his visit to the city of Veracruz, in a brief interview at the Naval Museum, the federal president assured that the Merchant Marines will not be marginalized, with the control that the Secretary of the Navy will take over the ports.

"Merchant seafarers should not worry because they will do better with this reform."

-Will there be jobs for them?

"There will be work for them, they will be taken into account, they have always been marginalized since the ports were privatized, they were marginalized."

After the conference that he gave together with federal and state officials at the Naval Museum, to publicize the 'Evaluation of Programs for Well-being', the president approached the media despite the fact that a press conference was not contemplated.

Asked about the complaints of the Merchant Marines in Veracruz who have denounced the displacement of their jobs and if they are dissatisfied with the "militarization" of the ports, the president assured that "there will be more work for them."

He assured that the decision to integrate them into the operations of the ports has been made by the Secretary of the Navy, José Rafael Ojeda Durán.