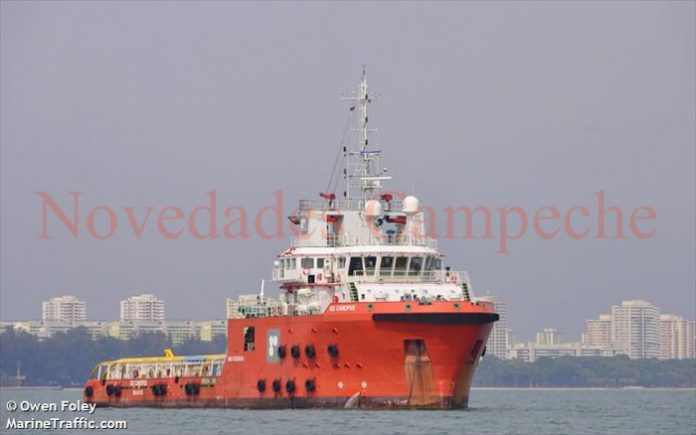 After two months and four days of litigation, the “Go Canopus” ship of the Marinsa company is still insured by the federal authorities investigating the illegal transfer of 45 thousand liters of marine diesel; Cemza's subsidiary has failed to obtain protection from the judges against the process despite repeated attempts.

Indirect protection 466/2020 remains stalled in federal courts and there is no date for the Collegiate Court of the Order to the Sixth Investigative Agency of the Public Ministry of the Attorney General of the Republic, to deliver the merchant ship to the Carmelite oil company . This has had serious consequences for the favorite 4T company.

According to the reports of the Technical Extraction Unit and its CNH Supervision, it is indicated that the priority fields assigned to this company are well below the goals established by Pemex for increased production, “delays in Drilling is mainly due to operational problems, ”the report states.

The reduction of projects and the bad situation within Pemex due to the non-fulfillment of goals in the priority oil fields have generated economic problems in the company, therefore, the companies subcontracted by Marinsa - also subsidiaries of Cemza - initiated the massive dismissal of workers, such is the case with Maren Energy.