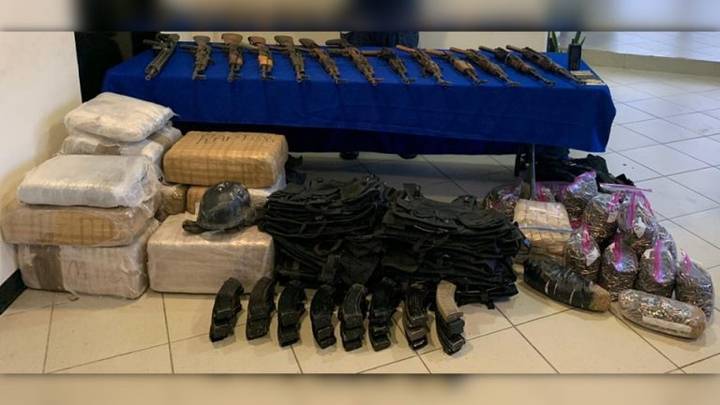 A large and well planned raid was conducted against the Cartel del Golfo. The operation was carried out by numerous police agencies and components of the Mexican Special Forces. Authorities raided a workshop along the Tamaulipas/US border and discovered three heavily modified and armored off road trucks known as "Monsters". These vehicles are used to ram and breach walls, barricades and fences. Also located at the workshop was 270 kilograms of marijuana and 78 various styles of firearms.

Several other raids were conducted in the city of Matamoros, San Fernando, Nuevo Laredo and Cruillas. These raids yielded 45 firearms, tactical vests, radios, radio jammers, and 210 kilograms of marijuana.

No reports have made as to whether any members of the Cartel del Golfo were arrested during these raids. There is a high likelihood of increased violence in the State of Tamaulipas following this operation. In the past the Cartel del Golfo has conducted reprisals for police actions on this scale. To complicate the matter is the matter is the Jalisco New Generation Cartel (CNGC) is vying for territory in Tamaulipas.