SEMAR doesn't accept responsibility for insecurity on the high seas 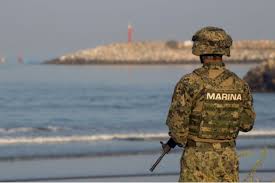 There are already more than 200 assaults on vessels and platforms in the Gulf of Mexico from 2015 to date, and the Navy? It was what Faustino Suárez Rodríguez, president of the Consultancy of Professionals of the Merchant Marine and Ports AC, questioned before the crime wave that is experienced in the Gulf of Mexico.

Affirming that the Secretary of the Navy has only dedicated itself to laying blame instead of carrying out intelligence work, along with other security agencies, that determine where all the equipment, tools, materials that pirates steal from platforms and ships are sold Since for there to be a supply there must be a demand for these materials.

"We have denounced the different authorities, we have made it public to the deputies and senators, I do not know why the authority is not doing things well," said the Captain, adding that Semar only acted until the United States government issued the alert to their vessels sailing in the Campeche Sound.

Even the anchorage that delimited the Semar, has everything, except security for the merchant sailors and the boats they board, remembering that the federal agency has speedboats, boats and helicopters that they can activate to quickly reach reports of piracy, but that they do not use, speculating that they do not have fuel to operate them.

The worrying thing is that now, organized crime has spread, its area of ​​operations is no longer limited to the Sonda de Campeche and Litoral de Tabasco, they have already reached the coasts of Veracruz where they looted the Cosl Hunter platform a short distance from Coatzacoalcos, where there were even shots.