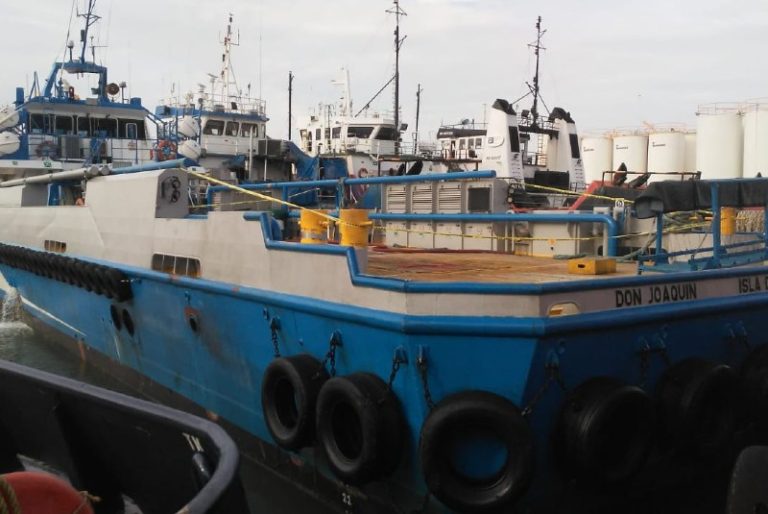 Under "Operation Reinforcement Probe" elements of SEMAR in Campeche conducted operations to mitigate illegal activities. SEMAR has stated during one of the operations between July 4 and 5 that they detained three people and secured two ships with approximately three thousand liters of fuel, of which it has not been possible to verify its origin.

‍
SEMAR received an anonymous tip regarding the illegal transfer of hydrocarbon between the ships "DON JOAQUÍN" and "EAST RIVER", which were docked in the fishing port outside Isla del Carmen.

‍
The personnel of the Naval Port Protection Unit Number 32, acting as the Coast Guard and in coordination with the Regional Captaincy of the Port of Isla del Carmen and the Integral Port Administration of this state, arrived at the suspected location presented to SEMAR and inspected the two suspected ships. Upon arrival, authorities located the suspected ships while committing the purported crime of illegal hydrocarbon transfer from one ship to another. Neither of the vessels had the appropriate paperwork for the approximately three thousand liters of hydrocarbon.
‍

SEMAR has not responded to questions about whether any of these vessels were involved with the case of six SEMAR sailors arrested in Dos Bocas for corruption and illegal transfer of hydrocarbon.