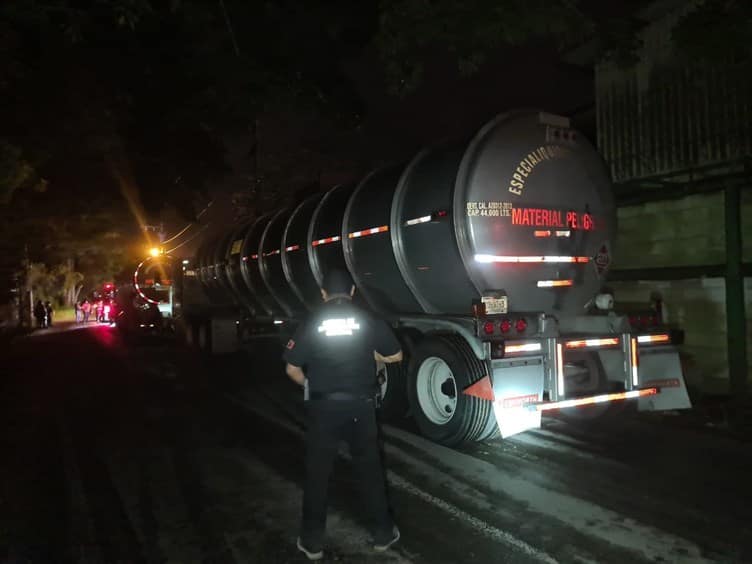 The Public Ministry of the Attorney General's Office ( FGR ) in Tabasco , integrates an investigation folder against who or those who are responsible, for the crime of illegal possession of Hydrocarbon , after the seizure of two truck tracts, loaded approximately with 60 thousand liters of hydrocarbon , between both units.

According to the investigation file, elements of the Federal Ministerial Police (PFM), in coordination with Pemex Physical Security personnel, secured on the road that leads to La Venta, Huimanguillo, Tabasco , two units with their respective trailers attached, tank type, loaded with hydrocarbon .

When reviewing the place, the officers located and secured two truck tracts, each one coupled to a tank, with capacities for 47 and 44 thousand liters each, of which the first was loaded with 40 percent hydrocarbon and the second tract truck was full and sealed, which made a total of approximately 60 thousand liters of fuel, between both units.

Therefore, the elements left the insured at the disposal of the FGR Public Ministry , who continues with the integration of the investigation folder, against who or who are responsible for the aforementioned crime.