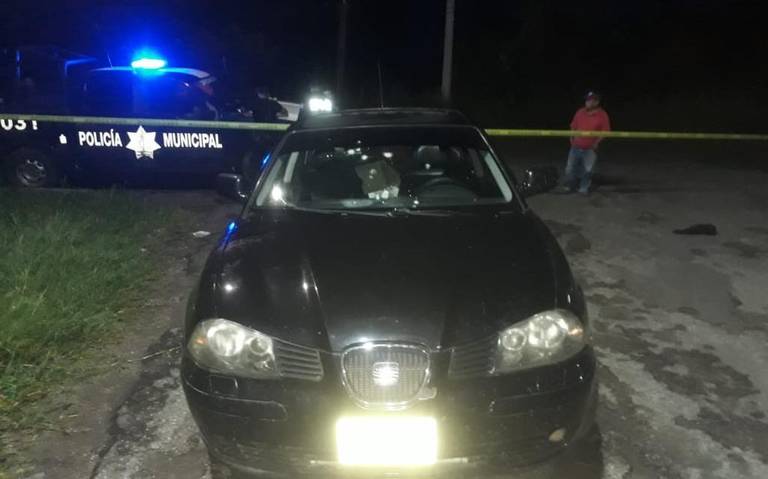 Seven people were reported murdered in Tabasco over the weekend, from Friday, August 21 through Sunday, August 23.

Seven people lost their lives this weekend, all of them violently: the hand of organized crime was present in six of the seven incidents, most of which occurred in the Chontalpa area, including among these, the death of an element of the State Public Security Secretariat.

The trail of crimes began this Saturday in its first hours in the municipality of Paraíso, with the murder of the State Police agent, Sebastián, better known as "El Tanaco." He drove his gray-colored car, and while traveling on the Paraíso-Comalcalco highway, he was ambushed and killed. He was traveling to the SSP headquarters when he was attacked and killed.

One man was executed as he exited his vehicle in the San Joaquin neighborhood of Villahermosa.

Early on Sunday morning, when a man stabbed his cousin to death, both were allegedly fighting over a woman; residents of the town tried to detain the suspect, but the man was able to flee. Police did apprehend the man, but when questioned, the suspect stated he did not remember anything. The incident occurred near the town, C-20, outside Cardenas.

The body of a man was found near the beach in the Pénjamo, outside Paraiso. The man had been stabbed wounded multiple times, and those responsible also sliced ​​his neck. The victim's cash and his cell phone were missing. The victim's motorcycle was lying meters away from where he was killed.

Along Vicente Guerrero St. in Macuspana, two people were ambushed while riding on a motorcycle. One person was killed, and the other is listed as being in critical condition. The deceased victim's father was executed eight days at their home by several armed suspects.

In the area known as Cocohite, belonging to the Miguel Hidalgo Town of Villa Tecolutilla, a car chase occurred. A group of armed suspects chased several victims, which resulted in a vehicle pursuit. The incident ended after the victims' vehicle crashed due to gunfire. One person was killed, and three others were rushed to a local hospital.

A man in the La Venta area of Huimanguillo was executed while riding on his motorcycle. Witnesses state that several armed suspects pulled up next to the victim and shot him.