Piracy in Mexico, Will Anything Be Done? 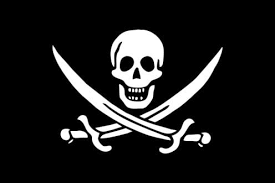 The news coming from Mexico before July was one of praise because there had been a supposed dry spell of piracy incidents. Government organizations such as the Secretaria de Marine (SEMAR) quickly trumpeted this notion, especially after the United States issued a blistering warning to Mariners operating in the Gulf of Mexico due to the surge in piracy.

Here we are one day out from closing the month of July. During the last 30 days, several piracy incidents occurred and received limited coverage minus local news outlets and private security sources. The timeline of piracy-related events occurred as follows:

July 8, 2020: The OSV Isla Monserrat was boarded and robbed by pirates, ending the conjectured dry spell in piracy. The incident occurred approximately 10nm from the Port of Dos Bocas near the West Defender Platform. Reports indicate several armed men boarded the vessel. According to the Isla Monserrat's crew, pirates assaulted several members of the vessel and stole numerous personal belongings. The vessel's silent alarm was triggered during the event, but no aid was available to be rendered.

July 23, 2020: The BA Natalie was attacked by pirates approximately 12-14nm of Coatzacoalcos. The pirates boarded the vessel under cover of darkness and robbed members of the crew, taking personal belongings and money.

July 26, 2020: Pirates fired shots at crew members aboard the Cahua-Alfa and Cosl Hunter platforms, located 21nm from the Port of Coatzacoalcos. Depending on the source, reports suggest that pirates successfully boarded the platforms stealing personal belongings, tools, and other equipment.

July 29, 2020: During the early morning hours, a group of pirates successfully attacked a PEMEX land-based facility. The pirates utilized boats to make a beach landing, then slipped past security fencing to gain access to the facility. The pirates then subdued and bound several victims, including members of the security team. Reports state a victim managed to escape and alert additional security forces of the situation. This action caused the pirates to abandoned their operation but not before stealing communication equipment and personal belongings.

To date, no one was reported to be seriously injured, unlike previous encounters in months past.

The question presently on the minds of many maritime operators in Mexico is what will be done? SEMAR announced back in May that they would reinforce security efforts to combat piracy, which has seemingly failed. One thing is for sure, and that is many have lost faith in SEMAR and the Mexican government to combat piracy. Who can blame this sentiment when on top of piracy and fuel theft, SEMAR personnel were caught engaging in illegal activities such as was witnessed at Dos Bocas in late June. Combine that with dealing with COVID and multiple reports of the government trying to suppress the release of information, will August be any different?