State of Affairs in Mexico 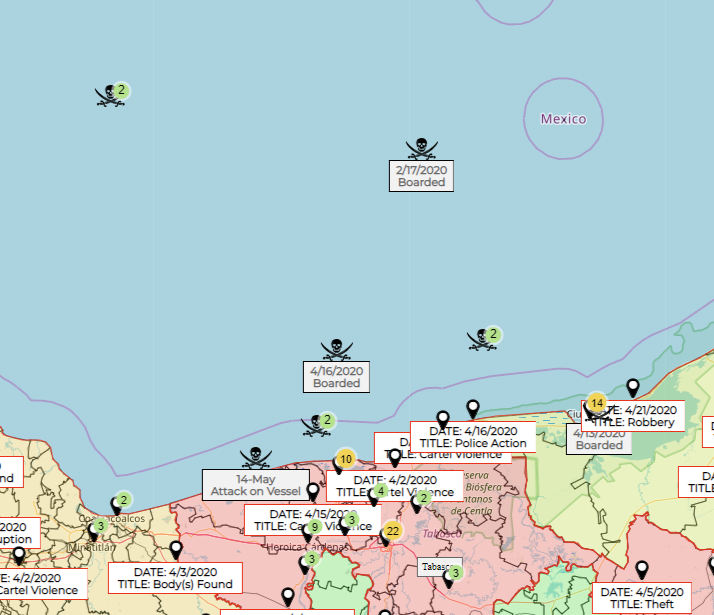 State of Affairs in Mexico

As we read headlines in both the U.S. and Mexico about businesses slowly starting to reopen, there are a lot of uncertainties impacting our friends, families, and southern neighbor.

Aside from the economic downturn and tragic loss of life created in the wake of COVID19,the virus has stealthy diverted attention away from areas that otherwise would be at the forefront of public attention. Literally, we have witnessed a smorgasbord of events that under normal circumstances would make the average person ask, "what is going on?"

Since the advent of COVID19, we have seen reports of the Cartels and its members handing out food to the public, giving them a certain Robin Hood connotation amongst some people…winning hearts and minds. Yet several states like Tabasco have reported a higher number (slightly or not) of violent crimes in 2020 compared to this time in 2019. Then areas such as the city of Tampico have reported significant drops in crime such as property crimes.

Then just a few days ago, the President of Mexico announced that the Mexican Armed Forces would continue law enforcement activities until 2024. While to an American,this may seem like Marshall Law being implemented, it has mixed reviews in Mexico. Some people see it as many Americans would, but for many others, myself included, see this as a positive thing. The armed forces are being leveraged to support the National Guard while they gear up for increased national operations. I love the men and women who serve in law enforcement, but for those who have operated in Mexico, there are mixed sediments when dealing with law enforcement. While no one is beyond reproach, there have been fewer cases of corruption involving the National Guard and branches of the Mexican Armed Forces.

I love the States of Tabasco and Veracruz, so please forgive me for using some incident examples from each locality. The State of Tabasco has implemented and enforced a statewide ban on the sale of alcohol. This has led to numerous incidents of violent robberies against truck drivers simply trying to make a living as well as business owners who were forced to shelve rather than sell their alcohol stock. A specific quote from Edmund Burke comes to mind "Those who don't know history are doomed to repeat it" because we can see some definite similarities between the U.S. Prohibition and what is happening in Tabasco. Police are obligated to enforce the alcohol ban on small businesses where selling alcohol on neighborhood street corner is life support for their business and family.However, we have also witnessed acts of violence towards business owners, truck drivers, and warehouse staff where alcohol was present. There have been cases of alcohol being smuggled into Mexico from Guatemala and even people making home brews, which does not always work out, such as with the case of several people dying in the Yucatan from tainted homemade alcohol. Is the ban on the sale of alcohol worth?

The Mexican freight industry has taken a significant blow as well. Tabasco is set to see a 40% reduction in freight, 40%! Most of the decrease is directly due to the energy sector downturn. However, the reduction in freight impacts grocery supply chains and other supplies needed by people. Compounding the decrease in freight is the fact that there have been roving bands of criminals in the southern part of Veracruz, Tabasco, and even a few in Campeche that have been targeting tractor-trailers. These criminals have gone as far as creating roadblocks, stopping trucks in their tracks, assaulting drivers, and stealing merchandise. I commend the men and women in both the U.S. and Mexico to ensure we can buy anything given the times. On a positive note, law enforcement in Veracruz were successful in apprehending some of the criminals involved with robbing truckers.

I've talked a lot about the rampant piracy menacing mariners, platform personnel, and everyone involved in the maritime industry in the southern Gulf of Mexico. The Secretaría de la Marina(SEMAR) has recently advised maritime stakeholders that they are assessing the current situation. Over 50 companies with assets in the areas of Sonda de Campeche and the Tabasco Coast have voiced their concerns over security and why SEMAR has done so little to prevent maritime crimes. Current estimates show at least 170 vessels are supporting the nearly 300 platforms in the region, all of which are at risk of piracy. However, due to the economic impacts brought about by COVID 19, over 82% of those vessels are sitting at anchorage between Cd del Carmen and Dos Bocas. The Mexican Chamber of the Maritime Transport Industry has voiced its concern and formally requested that SEMAR make a significant increase to demonstrate its intervention against piracy.

Presently, SEMAR advised it will be increasing surveillance operations in the region. While on the topic of piracy I’d like to point out a trend we've seen with piracy in the Gulf of Mexico aside from the obscurity of reports and general attack activities. That trend is the fact there have been numerous vessels that have suffered repeat attacks. While Piracy in West Africa far outpaces activity in the Gulf, there have been several instances of vessels being attacked twice in the Gulf of Mexico. Teleford 28 was recently attacked again this week after it suffered an attack April 16. The MV Remas is another example. The Remas was attacked by pirates in November 2019 leaving two Italian crew injured and attacked again in April 2020. I'll let you surmise why they were repeat targets all the while surrounded by other vessels that would have served just as well as a victim, but also why this is a Gulf of Mexico problem vs. other regions of the world. I was able to speak to Lee Oughton, a Managing Partner and COO of Fortress Risk Management, regarding the maritime situation in the Gulf. Mr. Oughton and his company have been successful in mitigating several piracy incidents just in the last month through a combination of technology and layered security. While the regulatory process to legally conduct maritime security in the Gulf of Mexico can be an extremely difficult circumnavigate, Mr. Oughton is proof it can be done.

As Mexico battles COVID, it is highly plausible that dealing with piracy has been placed on the back burner. Add the fact there are tons of vessels resting at anchorage and the chaotic economic situation inland, we may witness increase piracy as well as other crimes over the coming weeks and possibly months.