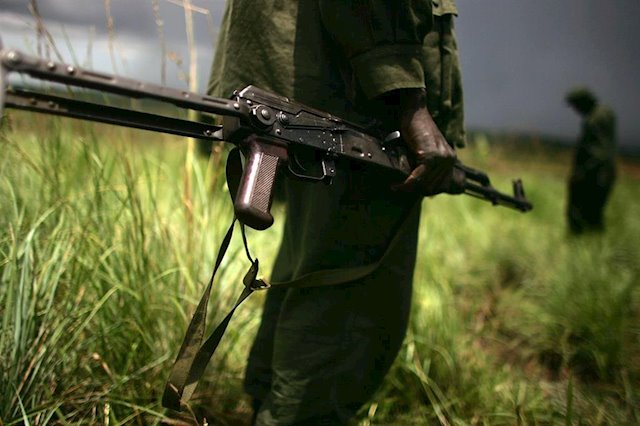 “The outlawed CODECO militia killed our people again on Sunday morning,” army spokesman Jules Ngongo said, confirming the 16 casualties. “The army is determined to eradicate these militiamen who do not want to surrender.”

CODECO fighters, mostly drawn from the Lendu ethnic group, assaulted several villages 70km (43 miles) north east of the city of Bunia, home largely to ethnic Hema, said Charite Banza, head of a local civil rights group. The group killed 10 people in one village, and six in another, he added.

Rich in natural resources, Ituri experienced some of the country’s most vicious fighting between 1999 and 2007, after a power struggle between rebel groups descended into ethnic bloodshed, mostly between the Hema and Lendu.

After a decade of relative calm, tit-for-tat fighting resumed in December 2017, often over land.

The unrest has since evolved into more coordinated attacks by CODECO on the army and the Hema.

In May, the United Nations warned that killings, beheadings, rape and other barbaric acts by CODECO could be considered crimes against humanity and war crimes. (