Demonstration Turns Violent as Antifa, BLM, Clashes With ‘Back the Blue’ Supporters 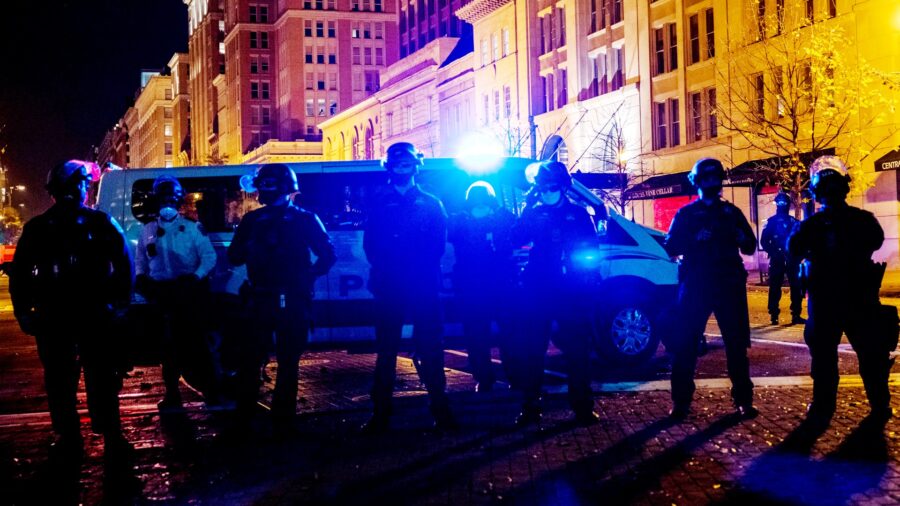 A 27-year-old man was arrested over the weekend after violence erupted during a “Back the Blue” rally in Olympia, Washington when Antifa and Black Lives Matter counterprotesters clashed with the pro-police demonstrators.

Police said they responded to reports of gunfire around the state capitol in Olympia on Saturday after a person allegedly fired at least one round into the opposing crowd, according to a police statement posted on Twitter.

“As was said earlier, we do have a person in custody for the shooting and detectives investigating,” police said.

The suspect who allegedly fired at least one round from a handgun was arrested for two counts of felony assault, authorities said, adding that an additional charge may be referred for reckless endangerment as well.

Meanwhile, in a video captured of the moment and shared on social media, Antifa and BLM activists fully dressed in black clothing are seen as they clash with “Back the Blue” supporters.

A protester wearing a face covering is seen getting hit multiple times by a person using a flagstaff, as others come to intervene and stop the assault.

Police confirmed later in an updated statement shortly after midnight that the “groups have largely dispersed,” adding that officers remained at the scene to “ensure things are peaceful from here forward.”

“Officers are still staffed throughout the city and monitoring for additional issues,” the department wrote.

The brawl between the pro-police demonstrators and counter protesters involved around 200 people, some armed with bats, bottles, rocks, chemical sprays, and guns, police said, according to the local agency, The Olympian.

Detectives said they already have evidence in their investigation but are hoping for more people who have witnessed the clashes and alleged gunfire to step forward.

“We have evidence but would very much like to speak to those present, especially the person who looks to have been injured,” the department wrote on Twitter.

Details around the person that got injured during the clashes were not immediately available.